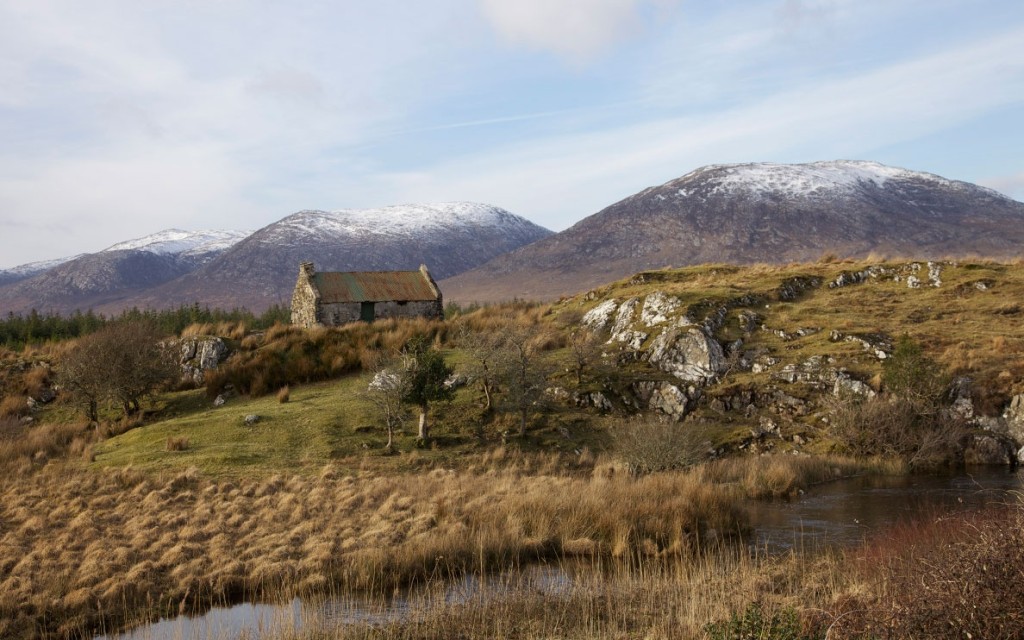 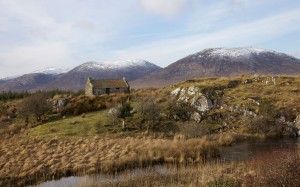 Photo by Jackie Nickerson for Travel and Leisure Magazine

There are many places in Ireland that haunt me. The rippling waters of Strangford Lough. There’s the curl in the River Barrow where the agile water sweeps beneath the stone bridge. There are the tree boughs in Glendalough, beautifully bent by the rigors of weather. There’s the swallow curving over the cliff-face at Bloody Foreland, turning and returning, time and again.

But there are other places too, much greyer, much darker and more ordinary: one of these is the short-term parking lot in Dublin Airport.

The parking lot is, most of the time, a place of hustle and hum: designed for the quick pick-up or the harried goodbye. People zoom in and out. The florescent lights flicker. Nobody stays much more than an hour or two. It is, after all, the most expensive parking lot in the airport. Nobody wants to hang around. It is a sort of no-man’s land. But every now and then it becomes the saddest, most poignant place in the country. A car pulls in. The barrier rises. A family piles out. They struggle with their suitcases. They leave the car door unlocked. They walk towards the terminal. You can recognise them by the tears streaming down their faces. Sometimes it takes an hour or two, sometimes it takes a couple of days before the airport authorities realise that there is a car in short-term parking longer than it should be. Often the parking ticket is found on the dashboard. On the front seat they find mortgage papers. In the glove box they find the terms of the car lease. In the backseat they might find a child’s toy, or a letter, or a school copybook. A life abandoned. The family is not coming back. The economy has wrecked them. They are done with Ireland, or Ireland is done with them. They are on their way to London, or Dresden, or New York, or Sydney, to make a new life away from the country that will always, in some way or other, haul them home.

We are all familiar with the story of leaving something adored behind, but nobody leaves quite like the Irish. We have been going for centuries. We left on coffin ships for America. We left on cattle boats for England. We left on jetliners for the seven continents. There have been a myriad of reasons for leaving of course – the hunger, the economy, the pettiness, the greed, the stranglehold of the Church – but perhaps one of the other reasons we leave is because we want to remember, and nobody remembers quite as powerfully as those who have left everything behind. Leaving is a form of memory-making. There is, in the emigrant, a desire to wound himself or herself. The emigrant carries the scar in order to be able to remember the moment of loss. It skirts close to nostalgia and sentimentality, but it also skirts close to violence and love.

I have been gone from Ireland for almost thirty years, yet I can’t shake the word “home” from my idea of her. I try to maintain a good degree of skepticism about where I came from because it is, in so many ways, a spectacular ruin. Our sad love songs. Our happy wars. Our stunned submission to power. Our embrace of the robber barons. Our complicity of silence in the face of financial thuggery. Our willingness, especially in the beginning of the 21st century, to allow our heritage to be demolished. There were office buildings built over ancient Viking sites. There were roads allowed to go through holy shrines. Cranes swung like toy things over the skyline of Dublin. “Model” villages were built in the middle of nowhere, only to become ghosts of themselves.

But it is the essence of human instinct to be able to hold two or more contradictory ideas at the exact same time. What you can love, you can hate. What you can miss, you can revisit. What you lie about, you can reimagine. The truth is that I love coming home to Ireland. I feel as if it pries my ribcage open. I feel a pour of cold water run along the hollow of my spine when I pass that short-term parking lot in Dublin Airport because I know that, in essence, I am picking up a part of myself that I left behind.

I want, immediately, to drive out towards the valley of Glendalough where the light is more agile than anywhere else in the world. I want to head north to the farmland around Derry where I feel like a younger version of me inhabits my older, more tired body. I want to walk west to Connemara and spend some time in a small patch of bogland where the soil leaves tea-coloured stains on the cuffs of my jeans. I want to swim in Sandycove in what Joyce called the scrotum-tightening sea. I want to take a kayak out and around the Aran Islands and call out to all to the ghost of JM Synge and all the playboys of the western world. I want to wander through Belfast along the murals of the Peace Wall. I want to watch a flock of long-billed skipe rise from the grass around Faha. I want to find myself marvelling at a piece of coloured sheep’s wool making beautiful a strand of barbed wire on a fence near Roundwood. I want to scuff up my liver in the quiet snug of the Stag’s Head in Dublin. I want to hear the music filtering out from Leo’s Bar in Gweedore. I want to spend time with that man on the corner in Stoneybatter who looks like he wears a story-teller’s hat.

Walking is so often the cure for me. I have, over the years, walked from Dublin to Galway, and from Belfast to Kerry. I strap on a pair of boots and I stuff a sleeping bag into a backpack, tuck away a little naggin of whiskey in the side pocket, and off I go. Backroads. Walking trails. Rutted laneways. Puddled tracks. Sleeping out under the stars that appear like rifleholes in the night. Hunkering under sheets of corrugated tin in old cowsheds to wait out the inevitable rain. These trips take a week or more, but they return me to what I want to be. And it also returns me to what I want my own Ireland to be.

Landscape is character. Character is fate. Fate is belief. There is nothing more wonderful than topping a hill in the middle of an ordinary afternoon and looking down on the quarrel of green fields, and the wander of stone walls, and the squabble of river, and believing, once again, in your country – that place you left behind in order to rediscover the very feeling that trills in your heart at that very moment, a sort of short-term parking of the soul.

Gone, in order to come back.

This post was originally published in Travel and Leisure Magazine.