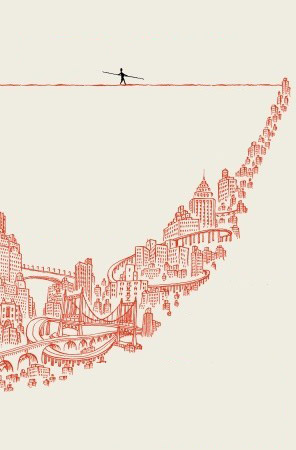 Letter to A Young Writer, Redux

“That is the mystery about writing: it comes out of afflictions, out of the gouged times, when the heart is cut open.” ― Edna O’Brien

Young writer, has the passion of our calling been robbed from us? It often seems that the crisis of our age is that we are living in stunned submission to the circumstance of the times, the rule of politicians and hedge fund managers and others in their tight closed-neck shirts. We are being bought off by our affair with the contemporary drug of choice: ease. At the same time twisted social outrages are unfolding at our feet. Politicians talk about building walls. Universities invest in fossil fuels. Corporations celebrate themselves while pyres burn. The problem with so much of our reality is that it operates from a flat surface, a screen, and it does not address itself to the contoured world we live in. It must get rid of the pixels and make itself, instead, multi-dimensional. So, get off the couch. Get out the door. Onto the page. All of it is useless if it’s just a pep talk. Your words are not a consolation prize. Justify your rage. So much writing nowadays seems to suffer from a reduced moral authority, not just in the minds of the readers, but in the minds and indeed the language of the writers ourselves. Writing is no longer part of our national idea. We don’t look to writers in the way we did decades ago. Nobody fears what we have to say. There is a fading out of the moral compass. We have allowed our experience to fall in value in relation to ease. We have given in to the tendency to be neutralised. We live in a culture where increasingly we are mapped. We have GPS’d ourselves to death. We have forgotten how to get properly lost and then ultimately found. This is not some bleeding heart simplicity: nor will your response to it be. This is your challenge. Never forget that writing is the freedom to articulate yourself against power. It is a form of non-violent engagement and civil disobedience. You stand outside society, beyond coercion, intimidation, cruelty, duress. Where power wants to simplify, you should complicate. Where power wants to moralise, you should criticize. Where power wants to intimidate, embrace. The amazing thing about good writing is that it can find the pulse of the wound without having to inflict the actual wound. It is a way of recognising violence without praising it or suffering it. Writing allows the illusion of hurt, while forcing us to grow up and recognise our own horrors. We touch the electricity of pain, but we can, eventually, recover. We carry the scars, but that’s all they are: scars. We have to understand that language is power, no matter how often power tries to strip us of language. Want to know your enemy? Read their books. Try to get to the heart of them. The impulse to know comes from encountering the multiple and complex shades of the world. The known grief is so much better than the unknown. To be a hero, you have to be able to be the fool. Alas, poor Yorick, poor Citizen, poor Falstaff, the role of the hero often seems ridiculous, but the best of them are willing to play it anyway. Against war. Against greed. Against walls. Against shallow ignorance. The fool should speak the truth, even when – or maybe especially when – it’s unpopular. Don’t be embarrassed. Don’t be cowed into silence. Stand on the outside. Become more dangerous. Have people fear your bite. Restore that which has been devalued by others. Don’t let the passion of your calling be ridiculed. Raise your voice on behalf of those who have been drowned out. Don’t allow the begrudgers to render you useless. Value the cynic. Yes, praise him even. He is useful. He is one you can still teach. Don’t back away from engagement. You must talk about the grime and the thousand other everyday torments. Our writing is a living portrait of ourselves. You must speak of life no matter how bitter or lacerating. Good writing has to shock, seduce, and drag us out of our stupor. Be what a diamond is to glass. Scrape your way across. Transform what has been seen. Imagine the immensities of experience. Oppose the cruelties. Break the silence. Be prepared to risk yourself. Ready yourself for the ridicule. Embrace difficulty. Work hard. Face it, you’re not going to write a masterpiece before breakfast. Your song will exact a price. Be prepared to pay. Write, young writer, write. Claim your proper future. Find the language. Write for sheer pleasure we take in doing it, but also for the knowledge that it might just shift the world a little. It is, after all, a beautiful and strange and furious place. We tend to forget that. Literature reminds us that life is not already written down. There are still infinite possibilities. The more you choose to see, the more you will see. In the end, the only things worth doing are the things that might possibly break your heart. Make from your contribution with despair a tiny little margin of beauty. Rage on.

Dear Readers, please note this is the very last Letter to A Young Writer as a part of this series. Thanks for being a part of it all year, it has been fun to come back to you week after week. Happy New Year to everyone. The good news is that the collected “Letters to A Young Writer” will be published by Random House on April 4, 2017. Keep a lookout for it in your local bookstore!