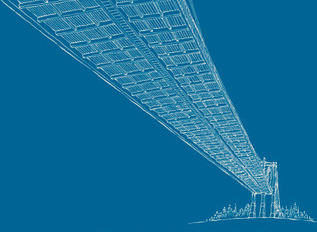 Learn this: you don’t write in competition with others. There are no Olympics in literature. No gold medal, no silver, no bronze, even if the award ceremonies suggest that it is so. You will soon find out that the word best is not part of the true endgame vocabulary, though the word better can be accommodated. What you want is to write better, to carve better, to move in a more fluid way towards the proper abyss. The success or failure of others will not make a new word appear from your fingertips. Your energies are directed at your own work. Just because someone else got a good review will not take away from your own possibility of a good review: it’s not as if there is a limited supply. Just because they wrote a good book doesn’t mean that you can’t also. Just because they got a big advance doesn’t mean that there is less there for you. Don’t moan about other writers even if you hear them moaning about you. Let them. They’ll get up at dawn with a sore throat. You, on the other hand, will have a chance to at least hit a high note or two. No need for revenge. A good sentence is revenge enough. If you’re writing to beat someone else then you’re writing with invisible ink. Watch it disappear. Instead keep counsel with dignity. Praise them if they deserve praise. And keep your mouth shut as much as possible if they don’t. At least in public anyway. Privately you can have a dig or two, but be careful, a dig need diggers, they stand nearby. This does not mean that you don’t want to be better than another writer — being better is part of the job. But be better in a better way. In a way that hurts. In a way that forces you into competition with yourself. If you’re going to throw a punch try your own jaw first. Practice makes perfect. In fact, no, perfect practice makes perfect. And whatever you do, don’t become a reviewer. Why bother? It’s a doomed invitation to eventual disappointment. Leave the reviewing to the reviewers: they will either do it well or not. Good reviewers are in limited supply, and when they’re good they catch the moment of truth and find awe. The awe is your responsibility. Your energies are focused on the original blankness. The most destructive force in your life is liable to be the unwritten story. If you don’t write, you’re not a writer. You’re avoiding the competition of yourself. Simple logic, but it’s a kick in the chest when the page is empty. Too much white space will not remind us of a benevolent snowfall. Empty is empty. Empty haunts. Too many threads of simplicity do not compromise a rope. What is your desire? Think about those writers you like. Have them live alongside you on the shelf. Think about them reading your work. Imagine yourself up there alongside them, but only for a while. Know this: every writer will achieve at least one very bad book. (Even bad work is an achievement.) Most of us achieve many. But so what? So you write a poor book or a poor story. It is not the end of the world. In fact it’s the natural pattern. You still have to get up the next morning. And the morning after. It’s only for a short while that you, young writer, will have such brazen confidence as to think the morning lasts forever. It’s only for a short while that you can be as optimistic as you currently are. Because, like it or not, the younger writer becomes the older writer. And if the older writer knows anything, he knows what it means to fail. Take heart. This failure is a snap of sulfur to your brain. Light a match. Inhale the struckness.